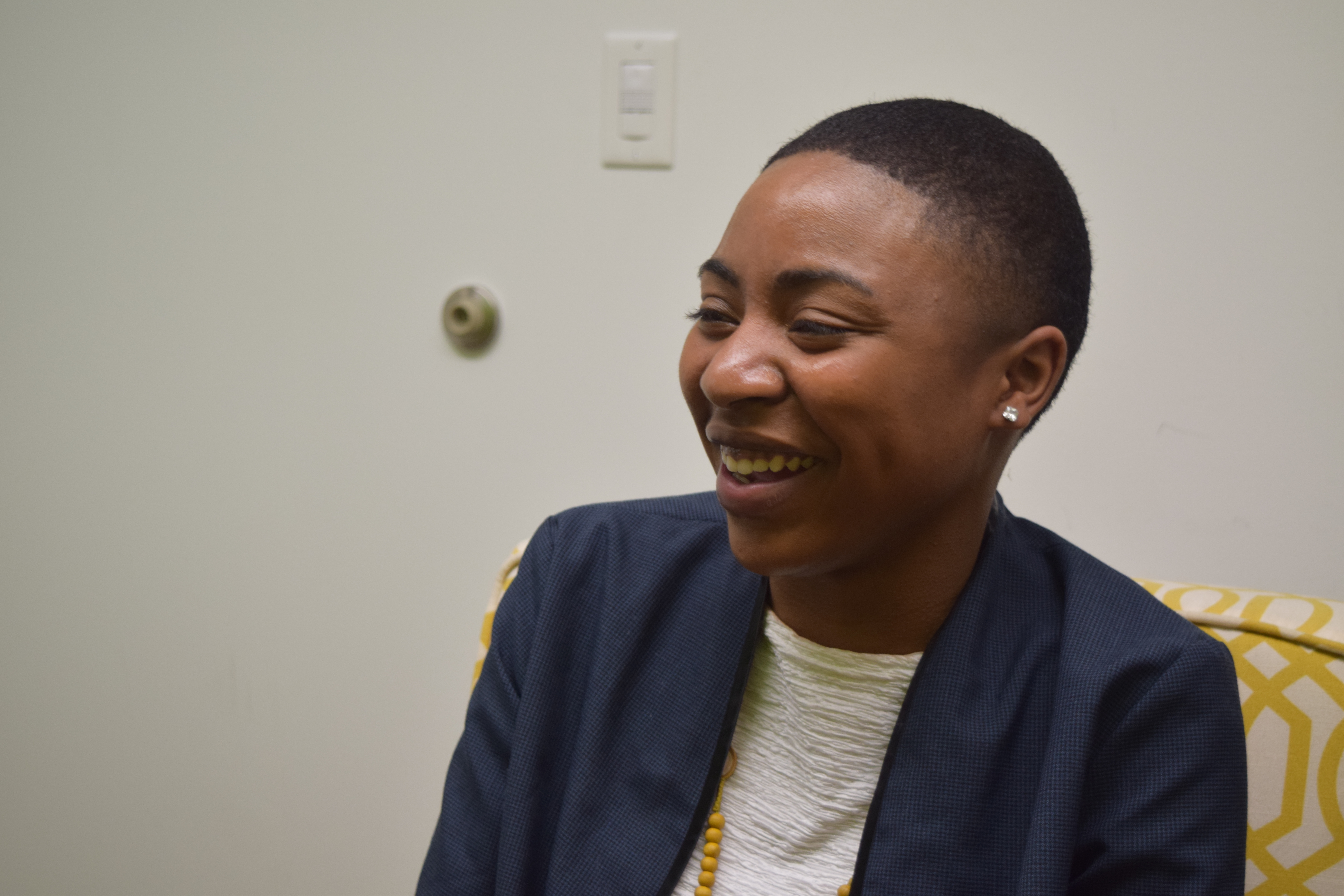 When Aliyah moved to the Bay Area from New York, she searched for a youth employment program to support her in putting her recently-earned high school diploma to use.

“I knew I needed help with job skills, public speaking, and things like that,” Aliyah shared, “but it was Ashbury Images that caught my attention at New Door because I was interested in learning about screen printing.” Ashbury Images is an embroidery and screen-printing company fully owned and operated by New Door Ventures.

Aliyah ended up interning at a local robotics, tech, and solar laboratory where she supported operations and performed administrative tasks. She also had the opportunity to test out products and experiment with a laser cutter and graphic design machinery. Completing her internship in January was her greatest accomplishment of the program. Through participating in New Door’s workshops, Aliyah also learned the value of saving money and financially planning for her future.

“Aliyah has no issue being motivated,” Mel, her case manager, shared. “She is motivated by so many things and has a lot she wants to accomplish.”

“I want to contribute to the world,” Aliyah said with a smile. She is working towards joining Year Up in September 2017, a year-long, fast-track job training and placement program. She is interested in working in project management. In the meantime, she is working at Banana Republic, interviewing for a second job, and is involved with the New Door Film Group.

Aliyah appreciates that New Door is incredibly supportive in helping individuals channel their own abilities. To future youth of New Door, Aliyah advises to “start from somewhere and have a goal. Keep pushing forward and don’t settle.”