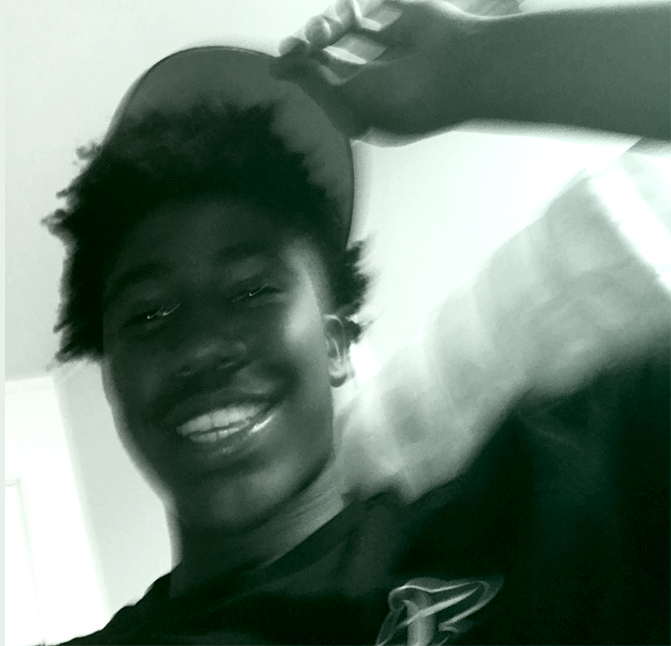 Before New Door, Jalan was constantly in search of a stable source of income. Between asking neighbors for leads, finding odd jobs, and working below-minimum wage positions, feelings of self-doubt began to creep in. Was the 18-year-old lacking something that made businesses not want to hire him? But everything changed when a friend encouraged him to sign up for New Door Ventures. Beginning with the warm and prompt welcome email from staff, Jalan immediately noticed New Door’s personalized approach.

“I had been in similar programs before, but New Door was better,” Jalan says. “Everybody had energy and maintained their positivity.”

Working with New Door flipped a switch in Jalan’s job search. He felt more motivated and discovered that opportunities were within his grasp once he went through New Door’s professional skill-building workshops.

After working with his case manager, Roberto, to build out his resume and applying the feedback he received in mock interviews with volunteers, Jalan was hired at a local AMC theater. More than a month into working, he’s enjoying trying out the different roles he gets to fill there and the friends he’s made on the job.

Among his favorite responsibilities is accepting tickets as a greeter- Jalan says he “makes sure I always have a smile.” He credits New Door with teaching him the communication skills needed to provide ideal customer service.

In addition to the professional skills Jalan picked up during the Employment Program, he also received critical emotional support from his case manager and learned self-care practices. Growing up in an environment where discussing mental health was stigmatized and self-care wasn’t prevalent, integrating walks and listening to music into his routine has helped soothe Jalan on many occasions. Describing his music as a healthy emotional outlet, Jalan explains, “I can express myself and have positive mental health. When I perform music, I’m getting everything out, so I don’t have to keep it inside and I love it.”

The support Jalan received from New Door didn’t stop once he found a job. Jalan had a long-time goal of opening a savings account but wasn’t sure where to start, and Roberto accompanied him to the bank. This extra step between guidance and direct support is most meaningful to Jalan.

“It was the little stuff,” Jalan says. “My case manager physically supporting me by taking me to the bank really helped me out. I needed people like that in my life and I appreciate him for that.”

Roberto knew that Jalan’s biggest barrier was himself and he felt extremely proud watching him gradually tick off each of the goals Jalan set during the program. In graduating from New Door, Jalan has proved to himself that he can see his aspirations through. With Roberto’s encouragement, Jalan is now preparing to begin a two-year college program for audio engineering and already looking ahead to a master’s degree.

Amidst all the excitement Jalan has for his future projects, he’s already nostalgic for his time with New Door. Luckly, New Door’s graduate services programming and the community Jalan found will continue to be there for him. Even virtually, Jalan describes New Door as “a place for everybody to come together.” These strong connections, he adds, are made possible by New Door’s commitment to creating “a place where everybody has the right to say what they want and be respected.”